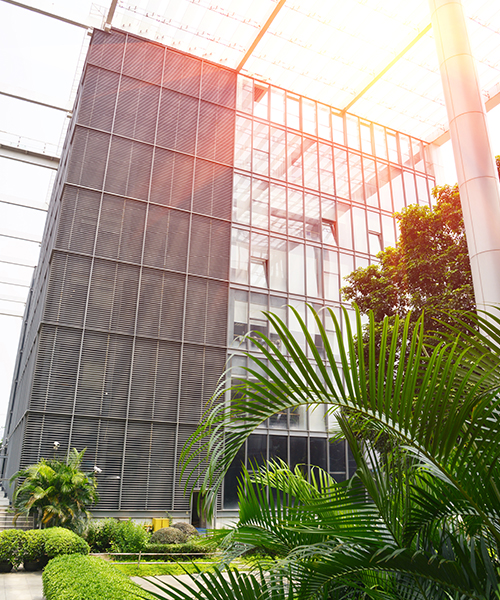 As long as your Strata Company is not prohibited from exploring improvements to common property – with the relevant approval and consent – there is no better time than now to do so, particularly for improvements that will introduce or boost sustainability measures.

How LEDs Are Better Than Other Lighting Sources

The reason many businesses, households, and – more recently – Strata properties have started to switch to using LEDs wherever possible is because of the many benefits they offer, over and above contributing to a sustainability.

High-quality LED lights can last up to 50,000 hours, and the only other lighting source with operating hours close to that offered by LEDs is fluorescent lighting, which can be up to 36,000 hours. This is far superior to that of incandescent, halogen, or CFL lighting which have lifespans of between 2,000 and 20,000 operating hours. Also worth noting is that LED lights don't suddenly burn out the way other bulbs and lighting sources do. Instead they experience lumen depreciation, with the amount of light being produced gradually decreasing.

While wattage is a good indicator of the amount of energy used by each LED light, it is – unlike with other forms of lighting – not a useful indicator of how bright each light is. This is why most forms of lighting now mention the lumen output, and if you compare the lumen outputs on lights of the same wattage, you will note that LEDs is always higher. A 40-watt CFL bulb usually has an output of 2,400 lumens, compared to 4,000 lumens from a 40-watt LED light. So, in addition to reducing your energy costs through the energy efficiency of LED lights, you could possibly reduce the costs further by having to use fewer lights to achieve the required level of illumination.

All other lighting sources radiate significantly more heat than LEDs; you would notice this either by bringing your hand close to the light source, or by touching any surfaces close to the light source. So, other lighting sources pose a greater safety risk not only in terms of when accidentally touched, but also if placed too close to heat or UV sensitive objects and surfaces. At best they might cause some fading or discoloration, and at worst pose a fire hazard.

There are no toxic compounds used in LED lights, unlike other lights which typically contain mercury. This means that LEDs are recyclable and don’t require any special process to be followed when disposing of them.

Most LED lights can still operate even at very low voltages, making them great for outdoor use where lower voltage might be a safety requirement, but also for use with solar power systems.

How Could LED Lighting Benefit Your Strata Property?

Upgrading the lighting in your Strata property’s common areas to LEDs does require an initial capital outlay, but the cost reductions benefit is realised almost immediately, resulting in a much faster return on investment. Two of the most significant cost reductions are:

Working with Arc Renewables to complete the LED lighting retrofit of the common areas of your Strata property will see you remaining free to continue with all the other aspects of managing the Strata property. We will:

As Arc Renewables we have already completed hundreds of energy efficiency upgrades – including LED lighting retrofits – for Strata properties throughout Sydney and NSW. Contact us today to discuss what we can do for your Strata property.

Some of the companies we have worked with over the years.

All we need is a few details and we'll be in touch.